The lineup for this year’s Conservative Political Action Conference (CPAC) is out, and Marine Le Pen’s niece Marion Le Pen is speaking right after Vice President Mike Pence. Following backlash from conservatives online, American Conservative Union Chair Matt Schlapp defended the invite on Twitter by saying that CPAC is all about hearing people out and Le Pen is a “classical liberal.” He also asked Twitter critics to “do your research.”

I’m happy to provide mine.

Marion Maréchal-Le Pen, 28, is the granddaughter of Jean-Marie Le Pen, the founder of France’s National Front and an anti-Semite found guilty of denying the Holocaust. The negative impressions that her grandfather made in the public sphere haunted Marion in her early life, as she was dragged into political appearances earlier than she could possibly consent to: in 1992, at age two, she was featured in a campaign poster alongside her grandfather. 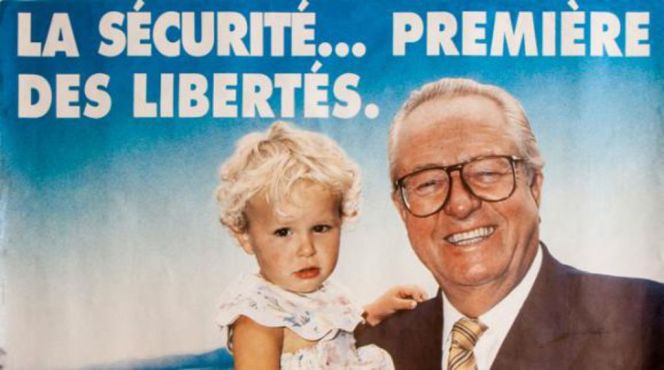 Despite her early introduction to politics, Marion Le Pen’s childhood made it seem unlikely that she would join the National Front. Haunted by the provocative nationalism of her grandfather—who made headlines by claiming the Nazi occupation of France “had not been particularly inhumane” and said that “Mr. Ebola” would solve the issues regarding demographics in Africa—Marion was continuously bullied at public school and forced to leave.

She eventually joined the National Front at age 18, after the financial crisis hit Europe. She had the advantage of entering politics at a time when the French electorate was becoming increasingly anti-trade, with more than half answering that free trade was responsible for rising prices and unemployment. In 2012, Marion shocked the political establishment when she was elected the first National Front Member of Parliament and, at the age of 22, the youngest person ever to be elected to the French National Assembly. After that, she ran the party’s platform more effectively than the other candidates were able to.

One fact about French politics that CPAC organizer Schlapp should be aware of is that certain considerable policy controversies that exist in the United States are not a thing in France. There is no Lindsey Graham-Donald Trump divide within French political parties, including the National Front. Since electoral law makes small parties not only possible but even tenable as alternatives, political disagreements often lead to parties splitting up into other factions that then run for election themselves. That risk leads to platforms and spokespeople being rather homogenous in their political messaging.

This was illustrated recently by the departure of Marine Le Pen’s right-hand man Florian Philippot, who left the party and founded his own movement, “The Patriots,” after disagreements over France’s membership in the European Union. Marine had watered down her plans for a “Frexit” (a French exit from the EU), as she believed it would scare moderate voters away, to Philippot’s chagrin. (I’m sure Brexit man Nigel Farage, also speaking at CPAC this year, will be deee-lighted when he gets wind of that.)

After Marine Le Pen’s presidential election loss last year, Marion promptly “quit politics” and refused to run for re-election in her constituency. Given that the parliamentary elections went as badly for the National Front as did the presidential contest, the young nationalist was strategically dodging a slap in the face. Her appearance at CPAC might indicate that a comeback is in the works—or maybe it just points to her desire to be cheered somewhere after a tough year.

For years, Marion has run on and defended her party’s political platform. CPAC attendees should know: the National Front is not fiscally conservative. It advocates for maintaining France’s universal government-run health care system as a form of “national solidarity,” lowering the retirement age to 60, forcing banks to lend money to small- and medium-sized companies, and increasing public worker wages. It calls America’s withdrawal from the Paris Climate Accord a “negative signal for the necessary action in favor of the environment” and favors the nationalization of all roads. Its political manifesto is filled with sentences like “For real social justice, educational services [meaning both private and state schools] need to find internships for students.”

If that isn’t enough, this is the same party that ran on banning the kippah in public places. I don’t think an American conservative movement that counts Ben Shapiro among its most vocal members should take kindly to that—though I’ll accept that the Jewish vote probably wasn’t a major concern for a party founded by a Holocaust denier.

But is Marion Le Pen really on board with these positions? It’s true that Marine Le Pen’s niece has sometimes seemed at odds with her party’s messaging. Yet in January of last year, she was seen attending an event hosted by an extremist identitarian group in France, a neo-fascist movement that advocates for “cultural homogeneity.” In a later comment that same month, Le Pen claimed that she wants to “unite the Right,” from “Republicans to Identitarians.” If Donald Trump really does believe that he’s “the least racist person” in the room, then he should probably let Marion know.

On one hand you could claim that CPAC organizer Matt Schlapp can’t be blamed for not knowing about all of these details, because apart from a subtitled speech on abortion that she tweeted out herself and a few rare interviews, you have to actually speak French to know what Marion believes. But I’m not giving CPAC the benefit of the doubt here. Much to the contrary: I believe that they were well aware of Le Pen’s political positions, but they went for for the invite anyway because she makes a consistent anti-immigration case and “triggers” leftists and moderate conservatives. Breitbart already confirmed this in a way, publishing an article that revels in the “meltdown” of establishment right-wingers over Marion’s CPAC slot.

Marion Le Pen is not a classical liberal, as Schlapp claimed, and by American standards she surely doesn’t count as a conservative either. The core ideological tenet of her and her party is that a neoliberal world elite is out to privatize public services and institute the dogma of free markets. Likening anyone who is even mildly affiliated with the National Front to classical liberalism just means being willfully ignorant of what that term actually means.

Marion Le Pen will be another voice for the American right against immigration and for Trump’s economic protectionism. But if CPAC was looking for an eloquent and well-known speaker who opposes open borders and free trade and whose big government spending agenda doesn’t matter, then there was someone even closer to home they could have invited. Bernie Sanders would have been an excellent choice. After all, anything goes now so long as we’re anti-immigration, right?

This article was first published in The American Conservative.