Luxembourg’s Ministry of the Economy supports sharing services such as Airbnb, yet the minister of transport has banned the ride-sharer Uber. This contradiction won’t have escaped those who follow government policy closely – and who can only be surprised by the gulf between deputy prime minister Etienne Schneider (LSAP) and transport minister François Bausch (déi Gréng).

Uber is a ride-sharing platform, which, since its creation eight years ago, is now present in 66 countries and more than 500 cities worldwide. With a simple click in an app, users can hail a ride, know their estimated fare and see which way the driver will go. A comprehensive five-star system allows drivers and passengers to rate each other, which improves the overall experience. Uber is a more efficient and modern service than the old-school taxi service: nobody who has ever used the service would disagree with that statement.

Actor Matthew Cherry responded to an article in the New York Post, which elaborated on the hardship services like Uber and Lyft create for conventional taxis, tweeting: 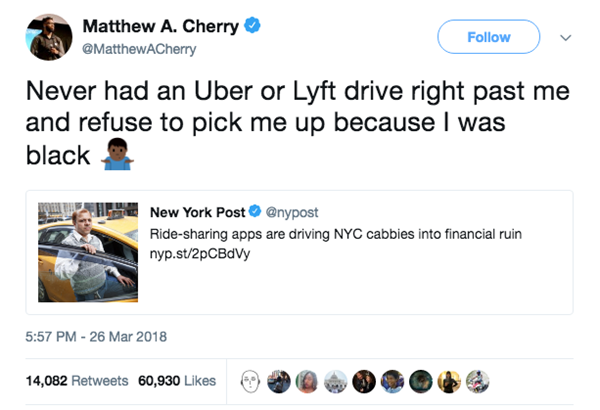 In Luxembourg, these services have been outlawed by the Ministry of Transport, which requires that every chauffeur who transports a passenger for less than one hour needs a taxi license. The Luxembourg Taxi Association – run by the same family that owns taxi company Colux, which has the largest market share – is likely to be pleased with this move, as it eliminates competition on the market. But how fair is this type of policy for low-income consumers and students, who simply cannot afford the astronomical prices charged by Luxembourg’s taxis?

The taxi companies are not entirely correct when they argue they are in competition with services such as Uber because of ‘neo-consumers’ – some people will only use a taxi service if it is below a certain price. And it is difficult to understand how this policy is fair on young people or those living on a limited income.

Contrast this with the Ministry of Economy’s position on flat-sharing service Airbnb. The US company allows property owners to rent out rooms, flats or houses in the same way one would book a hotel room. Many tourists are using the service in Luxembourg, where there are already more than 700 hosts present. In an interview with RTL, secretary of state Francine Closener (LSAP) re-affirms the legality of listing a property on the site and renting out multiple properties at a time.

Responding to calls from HORESCA – an association representing the interests of hoteliers – to regulate Airbnb in Luxembourg, Closener warns of “creating a bureaucratic monster”. And Schneider, responding to questions from fellow lawmakers in parliament, confirmed as far back as 2016 that the government had no plans to regulate the service.

Closener and Schneider are correct. It is not in the interest of the country or consumers to regulate the sharing economy to protect the interests of industries that, for decades, have benefitted from government regulation. If hotels and taxis want to compete with new technologies, they will have to adapt instead of hanging on to government protection. The current government’s ambiguity on this issue is confusing and unhelpful. In the weeks leading up to the election on 14 October, all parties should declare whether they will support the sharing economy or the special interests of old industries.

This article was first published by the Luxembourg Times.

Thanks for liking and sharing! Consider subscribing to this blog.