If you’ve made it past the headline and didn’t fall into frantic screeching yet, there might some hope that you’ll consider the arguments here. The European Union, as a political project with comprehensible interest of self-sustaining its overarching ideals, has been generously funding all sorts youth projects. Be that the European Youth Forum, the European Structured Dialogue on European Youth Conferences or the European Youth Press, millions of taxpayers money has been poured on top of aspiring political debaters and European visionaries. It is hard to dissect how much money really goes into these different projects, but the EU’s Erasmus+ project, despite funding different activities which includes in the old Erasmus programme in itself, has a total budget €14.7 billion over 6 years. A third of this budget goes to so-called “partnerships”.

These youth organisations often turn out to be highly political and quite opposed to diversity of thought. Take for instance the European Youth Parliament (EYP), a decade-old EU-debate platform which is partially funded by the EU, which intends on facilitating youth exchanges and bringing Europeans together to find continent-wide solutions to major problems. The essence lies in the structure of its conferences: the EYP relies on full consensus within the committees, with the chairmen in charge of each group insisting on the importance of providing the General Assembly with a resolution. With participants as young as 15 years of age, the projects deliberately pressures young people to join in on the “the EU needs to do more”-train. Conferences like those organised by the European Youth Parliament are creating a political echo-chamber

The day that a project entitled “Young European against the European Union” would get generous funding by the European Commission, I might change my mind on the criticism towards the lack of pluralism in EU-funding. But that is hardly going to happen, because the European Union is not interested in actually fostering debate, but merely in furthering its narrative with a very young audience.

This has inspired even more low-level youth initiatives to practice political intolerance. Take the example of this Facebook page, run by German pro-EU activists: 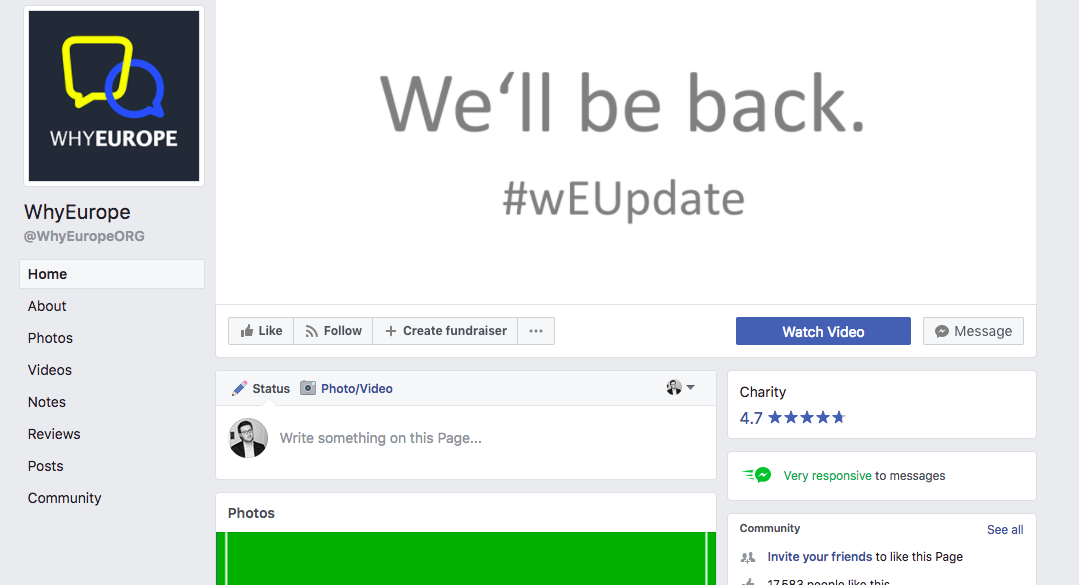 In their description they point out the following:

“WhyEurope wants to encourage an open, critical and precious discussion about the state of the union and its objectives without questioning its overall existence. We want to initiate a constructive debate about our life in Europe now and in the future.“

If the European Union is about pluralism and debate, it cannot run on this double standard when it comes to its funding. Because otherwise, the Erasmus+ project is the extended arm of the Commission’s propaganda machine, indoctrinating young people through fears about apparent eurosceptic nationalism running rampant and destroying societies, while implanting a version of blind EU nationalism.

If pro-EU foundations, which are funded privately, want to support the workings of these organisations, then that is their freedom of speech. However, establishing a billion-euro taxpayer-funded educational programme with the clear intention of creating a whole generation of pro-EU students that don’t even allow themselves to criticise the pillars of the union, is inherently antithetical to the concept of diversity of thought and political pluralism.

We should do all of us a favour and defund the entire wing of Erasmus+ that funds these projects.